Worst dressed celebs: Alia Bhatt and Radhika Apte left us cringing with their fashion choices – view pics – It was a happening week in Bollywood. There were a few trailers that launched, special screenings, movie promotions and fashion award shows. With so much happening around the industry, our fashion file was filling up to the brim this week. While there were some stunning summer fashion wear outfits that blew our mind, there were some outfits that left us in shock. Our heart was weeping when we watched Alia Bhattwalk out in a blue outfit at the Kalank trailer launch. And we wanted to fire Radhika Apte’s stylist for putting together her recent fashion awards ensemble. What was she even thinking? Well, here’s our pick of five horrible fashion choices of the week: 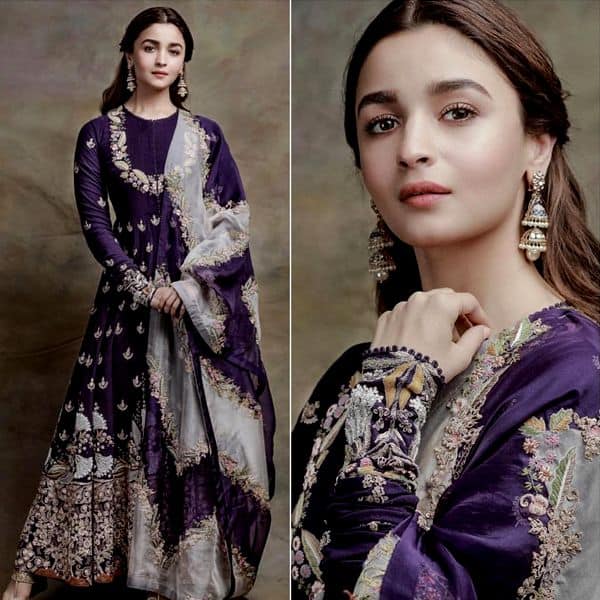 Ever since the first look of Kalank released, Alia has been sporting a traditional look. From anarkalis to sarees, she’s been rocking the ethnic look like none other. But she left us sour when she attended the Kalank trailer launch wearing a blue Anamika Khanna anarkali. Let’s face it, the outfit was not made for her. The tacky outfit made her look older than her age and the gaudy blue and golden combination felt like we were back into a 90s wedding where people had no sense of style or colour. Alia wasn’t the only one who looked bad at the Kalank trailer launch. Why was Madhuri Dixit Nene wearing what she was wearing at the trailer launch? We understand that she wore the outfit in keeping with the theme of the movie, but it failed to make a mark. Although the yellow colour suited Madhuri, the outfit didn’t. The Sukriti and Aakriti sharara did not fit Madhuri. It was evident from the bust portion of the dress. The gorgeous mom-to-be was recently spotted walking on the red carpet of a fashion award show and it was unfortunately, not a good sight. The pregnant actress wore a red Kallol Datta dress which featured ruched sleeves and a cut-out around the waist. The outfit looked like it was dumped on Sameera to pull off. The cut-out ruined the dress further. Although she managed to pull it off, she deserved a better outfit. 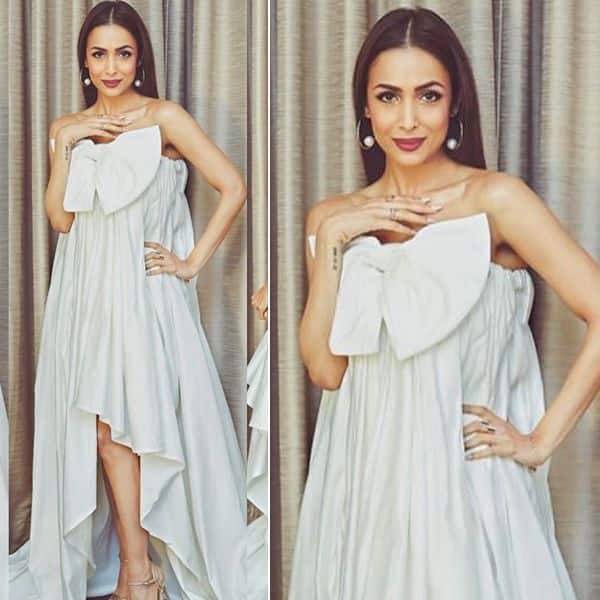 Malaika Arora is another shocker on our list. Lately, she’s been giving some jaw-dropping wardrobe goals but her recent asymmetrical outfit did not stand out. Though the colour oozed the summer spirit, the outfit sported a huge bow across the bust which was a Kalank on the dress. Is she a gift box waiting to be shipped away? The dress could have been a classy red-carpet outfit had the bow magically disappeared. Radhika Apte’s outfit looked like it was inspired by one of those dessert videos on Instagram. Radhika’s yellow wavy ensemble was a head turner for sure, but not for the right reasons. The outfit was so bad, we were initially left speechless. Is it a mango truffle or a sunny wave? We’d never know. Why would someone do that to Radhika?

Which one was your pick of the worst dressed outfit? Tweet to @bollywood_life and let us know.

Jacqueline Fernandez Pics The Red Carpet Of Movie ‘A Gentleman’

Mandira Bedi Slut-Shamed For Posing In A Bikini

Prabhas to have a TRIPLE role in Baahubali 2: The Conclusion?