Malaika Arora opens up about dating post divorce, says women should ‘Swipe left, right, have fun!’ – watch video – Malaika Arora has recently been in the headlines owing to her rumoured relationship with Arjun Kapoor and we aren’t not complaining. In fact, we love how they are growing from strength to strength and are comfortable stepping out in public, hand-in-hand. Recently, Arjun was even spotted taking Malla’s son Arhaan for lunch and it was endearing in more ways than one. While that is that, unfortunately there are still people who sneer and give side-eyes because of her split with now ex-husband, Arbaaz Khan.

But hey, none of that matters when you do it with dignity and everything we have seen Malaika do during hers. And we can say that with double the confidence today after how the TV reality show judge opened up about her separation in front of BFF Kareena Kapoor Khan on her radio show What Women Want. It all began with the kind of advises she received during the divorce process. She said, “I think sab ki pehli yehi raai hai ki mat karna. Koi aapko nahi kahega ki, ‘Haan, haan, please jayiye, kariye.’ That’s the first thing, ki aap soch samajh ke yeh decision lena. I went through the same thing. Even the night before I got divorced, I had my family sit with me and ask me yet again, ‘Are you sure? Are you 100 per cent about your decision?’ So I think that was something I heard all along and rightly so. These are the people who worry and care so they will definitely say that.”

She also revealed how she had the support of her family and friends and stated, “Everybody said, ‘If this is the decision that you’re making, then we’re really proud of you and in our eyes, you are a strong woman.’ So for me, that kind of gave me that extra strength that I needed. If you are in an unhappy marriage and that’s what you decide to do you should do it with a lot of dignity, self-respect. Don’t let anybody tell you that you are any less of a woman.” 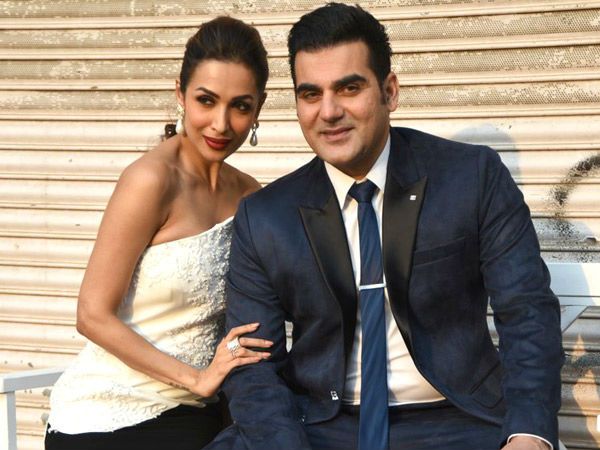 When quizzed, if she thinks that women and men are often treated differently post divorce, she expressed, “It’s the biggest disparity there is among all the other disparities there are which women have to face. And I’m not going to sit down and do man-bashing but yes, it is very easy for a man to move on in his life. It’s never easy. As humans we start to blame other people. But for me, happiness is the most important. Arbaaz and I weighed pros and cons, we thought about a lot of things and then arrived at that decision. We just realised we’ll be better people because together we were just making each other and everybody around us really unhappy.” And we couldn’t agree more.

Not just that, the diva further said that although it’s difficult initially to get into the dating pool again but, “It’s not impossible.” “Swipe left, right, whatever it might be! Have fun! For the first time in your life, you will also discover a
kind of freedom. To be in a bed all alone is also a new feeling!,” She added. Watch the video here.

Malaika Arora, Priyanka Chopra, Samantha Ruth Prabhu and Chitrangada Singh fashion attempts get all the attention from us this week